A selection committee composed of key individuals/organizations from the whistleblowing, journalism, human rights activism, anti-corruption, and hacking ecosystems will evaluate the received applications. 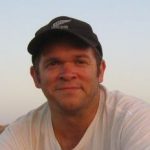 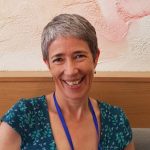 Anna Myers is Executive Director of the Whistleblowing International Network (WIN). WIN connects and strengthens civil society organisations that defend and support whistleblowers around the world. Anna is a lawyer with 18 years’ experience in the field of public interest whistleblowing and anti-corruption. She was Deputy Director at Protect (formerly Public Concern at Work) in the UK and recently worked in Washington DC with the Government Accountability Project (GAP). Anna has advised thousands of individual whistleblowers, trained compliance officers, lawyers, and anti-corruption specialists around the world and shares her practical and legal expertise with civil society, policy makers, governments and professional bodies around the world. 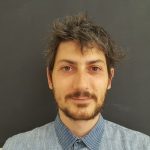 Davide Del Monte is the Executive Director of the Italian Chapter of Transparency International. Political scientist and activist, spent the last ten years of his life calling for transparency and accountability of government and multinational companies, and for a more participatory role of citizens in the decision making process. 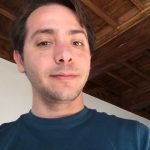 Fabio Pietrosanti has been part of the hacking digital underground with the nickname “naif” since 1995, while he’s been a professional working in digital security since 1998. President and co-founder of the Hermes Center for Transparency and Digital Human Rights, he is active in many projects to create and spread the use of digital tools in support of freedom of expression and transparency. He is among the founders of the anonymous whistleblowing project GlobaLeaks, nowadays used by investigative journalists, citizen activists and the public administrations for anti-corruption purposes. He is an expert in technological innovation in the field of whistleblowing, transparency, communication encryption and digital anonymity. 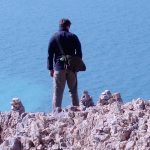 Marcel Oomens earned his chops in digital security, privacy, anti-surveillance and censorship circumvention technologies while living and working under extremely repressive surveillance regimes in China and Iran. In 2015, Marcel joined Free Press Unlimited, based in Amsterdam, where he took responsibility for online source protection. Marcel was involved in the set-up and running of whistleblowing platforms Publeaks (the Netherlands), MéxicoLeaks, Leaks.ng (Nigeria) and IndonesiaLeaks. Marcel currently works at Zamaneh Media. At Zamaneh media he’s responsible for protecting the privacy and identities of audiences, whistleblowers and journalists. 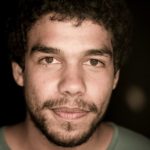 Pedro started the Associated Whistleblowing Press (AWP) in 2011. Since then, he coordinated and implemented whistleblowing projects in Iceland,  Spain, Peru, Ecuador and Mexico and trained more than 100 journalists and spoke in many international events. He is a former-fellow at the Office of the Special Rapporteur for Freedom of Expression of OAS. Besides the AWP, which he is still on the Administrative Board, he currently works with fact-checking and verification at Agence France-Presse (AFP) and develops occasional consultancy for freedom of
expression related projects. 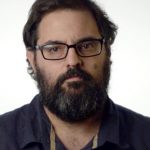 Coordinator of Fíltrala, the Associated Whistleblowing Press’ secure and anonymous whistleblowing platform in Spain. Filmmaker and social activist. I lived and worked in Spain and Germany. I worked in Berlin for TVE (Spanish Public Broadcaster). I directed and produced several documentary films on social and political issues. One on them was ‘Copyright, or the right to copy’ a documentary + web project, that was the very first TV production with a Creative Commons license in Spain. I’m coordinator of the Transmedia project on the Spanish Indignados movement: http://15M.cc. Master in Digital Economy and Creative Industries by the EOI (Escuela de Organización Industrial, Madrid). I also produce videos for NGOs and give training in documentary filmmaking, culture management, digital activism, communication in the internet age and cybersecurity. Currently I’m carrying out an investigation on politics and activism. I’m co-founder and member of the board of the PDLI – Platform in Defense of Freedom of Information. More info: http://bit.ly/StephCVen 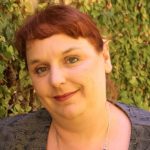 Dr Suelette Dreyfus is the Executive Director of Blueprint for Free Speech, an international freedom of expression NGO. She is also an Academic Specialist in the School of Computing and Information Systems at the University of Melbourne. Prior to her most recent career, she trained and worked as a staff journalist on the largest daily newspaper in Australia. She has written a number of scholarly articles, and a literary non-fiction book that has been translated into 7 languages and made into 2 films. She was part of the team that developed Rubberhose (Marutukku), the world’s first deniable encryption archive. 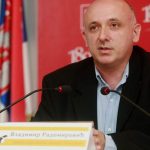 Vladimir Radomirovic is editor-in-chief of Pistaljka, an online investigative journalism outlet that he founded in 2010 to report on rampant corruption and cronyism in Serbia and to advocate for the protection of whistleblowers. As a reporter, he has covered topics ranging from sports to politics to war crimes. He was previously editor-in-chief of Reporter Weekly; news editor at B92 TV; and deputy editor-in-chief of the Politika daily. His work also has appeared in the Sunday Times. Radomirovic is the recipient of the Civic Courage Award and the annual Verica Barac Award given by the Serbian Anti-Corruption Council.